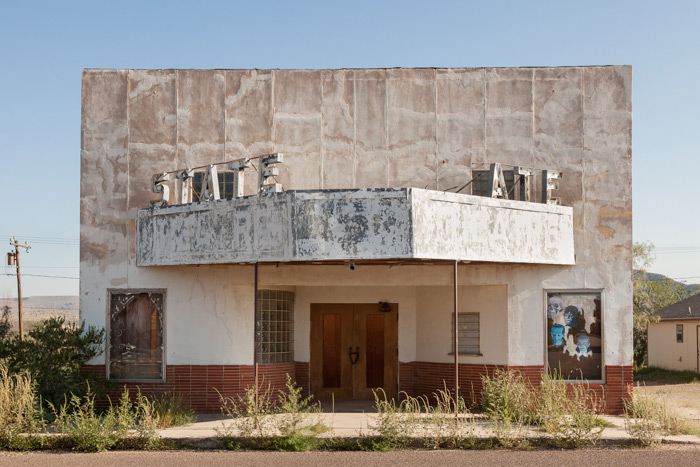 State Theatre, Sierra Blanca, is one of the many ghostly cinema spaces that the Nightingale has photographed while exploring the residue of cinema found in rural environments. These are spectral spaces marked by social and geographic change as the site of film has shifted over time. Sierra Blanca is a small town in the Chihuahua Desert in Far West Texas, close to the border with Mexico. It is an area rich with cinematic fable and history, such as the mythical stories of a ‘Movie Mountain’ where a silent film was made in 1900 by Gaston Méliès, the lesser know brother of George Méliès, or the now vanished film set for Giant, the 1956 film starring the legendary Elizabeth Taylor and James Dean.