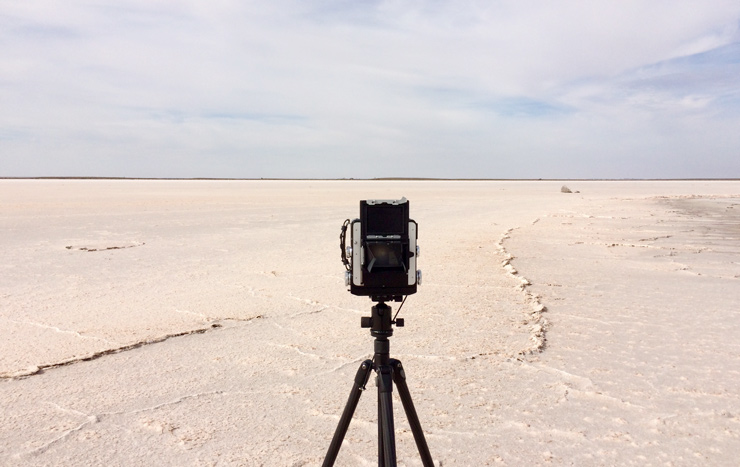 Spectral Ecologies is the second project presented under the framework of The Cinemas Project and is presented in collaboration with the Mildura Arts Centre.

Spectral Ecologies is a collaborative project involving practice-based research leading to an exhibition (2017) and publication as outcomes. While the artists, Sam Nightingale and Polly Stanton, will make individual works for the final exhibition, these will be exhibited alongside elements of our collaborative research forming an exhibition that is itself an ecology of various differing but intimately related parts.

Spectral Ecologies takes elements of cinema – sound, image, architecture – as a starting point for exploring the ecologies of the Mallee region in north-west Victoria, Australia. The region is a large and informally defined location that is based primarily on the distribution of the Mallee eucalyptus and its attendant ecologies. We are interested in the idea of ecology as relating both to the environment but also to the social and historical fabric that makes up the townships as well as the histories, fictions and individual memories of the area. Here the idea of cinema is utilised as a vehicle for our approach, combining visual and sonic research (using still photography, film and sound recording) with archival investigations and oral histories.

Spectral Ecologies will involve research trips, public meetings and walks, the development of new work and a subsequent exhibition at Mildura Arts Centre. It proposes that the cinematic is no longer an entity tied to modes of film production, but instead constitutes a temporal and material poetics that intersect across multiple disciplines – from art making to other forms of research.

The Cinemas Project, is a framework for an ongoing series of projects and commissions that explore our changing relationship with images. Using the idea of cinema in its most expanded sense, we understand “cinema” as a broad methodology that is material, social, perceptual and importantly spectral. In short, for us, “cinema” refers to the creation of images (or “spectres”) and the sites in which they appear as well as the technologies of their appearance. Cinema projects fictions and fabulations that help us understand the so-called “real”. We are interested in the way in which these spectres of cinema enable a different way of approaching or understanding particular places, and questions of site-specificity.